While Running...We Ran Into Jesus!

I've been trying to out run my grief for 8 weeks now, but oh how it feels like eternity, I've literally been going nowhere fast. Its like he faster I run the closer it is behind me, on top of me, and under me. It feels like a million pound gorilla is sitting on my chest and he's enjoying being there. I'm watching my daughter Mikeia become someone new, I'm passing Michael in traffic knowing he's running too, there seems to be no peace or shall I say no rest at the Inn for us nowhere. There is this silence and hurt that we all share but our experience in and with this is so very different, but our pain is GREAT the same!There is this silence of hurt, anger, longing and lost, it speaks so very loud in our home to the point it pierces our hearts and ears but most of all our souls. Even as I type my emotions are all over the place, I'm thinking of how the scent of our sons are leaving our home drifting away with time. But they are in our hearts and on our minds 24/7. I truly feel that there is nothing in the world nobody can do or say to hurt me or make me or my family feel as bad as we already do, nothing. Oh but when I feel that there is no prayer that I can pray that my heart can even convey to God, and all I can do is stare, or sit and cry, my lips somehow begin to move and my voice slowly rises just enough to say JESUS and immediately he quiets my soul and releases this healing balm within me that I may never be able to explain, and I'm strengthen just enough for another single day, and so Is Michael, Mikeia and Nevaeh. Truly the prayers of the righteous availeth much! 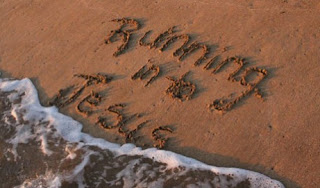 Praying for all of you apart of Hello Again... and Abroad!!

Posted by Dominique at 12:04 PM No comments:

On The Third Day..The Preparation for the Undertaker

I'm sitting here at my kitchen table reflecting on the last day we were at the hospital, and how  I was so dreading the ride home that afternoon, I was thinking all of these things while walking away from the trunk of the car getting my son Mikease bag from the car with his clothing in it so my sister could begin to clean him up, and prepare him for the undertakers to come pick him up and transport him to the funeral home. All I could say in my mind was my Lord Jesus HELP US! I'm also thinking what a strong woman my sister is to be able to take her nephews lifeless body and wash him up as a newborn baby with all of the love in heart that she has for him, but yet separate the two just for a moment to be professional and strong all at the same time. My sisters profession is nursing but I'm sure nothing in the world could have ever prepared her for this, but she wanted to be the one to do it, and do it right and with love for the very last time. That was the least she could do I'm sure that was what her heartfelt, and I know he would have preferred her to do it over the nurses there that he didn't know, respectfully. So I'm in the hallway outside of his room in the PICU going through his bag that he himself packed just the night before, smelling his T shirt that he was going to wear filled with his scent and cologne, rubbing my fingers across his socks and looking at his pants over and over again, waiting for my sister to finish getting him ready. 15 to 20 min later the time had come for us to see him off of the ventilator completely dressed and prepared to leave the hospital for his final ride from the beach, a place that loved so dearly. I would have never thought a place the he so loved and lived by he would later die by. My son was truly a water boy, always playing around in water all of the time. I think it was a place of serine and serenity for him, you would have had to know him to understand that last sentence. Like I was saying the time had come for us to walk in to see him, I have to admit I was nervous and a little afraid, but when I walked in and saw my son lying there I was in complete aww! There was a glory cloud that hovered over him and all around the room and the most sweetest presences I've ever felt in my life! I've never seen Mikease look so handsome in all of his days, and there was a single ray of sunshine that only shined on him as if it was a spot light. His natural body was in glory and so was his spirit, I just stared at my son in that moment but I couldn't shed a single tear bc my soul was being ministered to silently as the worship music behind his bed played ever so softly and continuously. He was all ready to go he was dressed from head to toe as if it was his first day to school, his hair was perfectly laid and my sister had it brushed just the way he liked it as his shell also known as Mikease lay. You see his house was now empty but filled again in his glorious body in heaven and it was well with my soul. 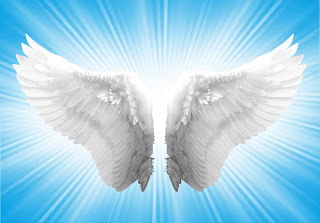 If You Would Like to Give Just to Be a Blessing

Dominique
Hello Again is a blog that I thought of creating in Memory and honor of both our sons Mikease & Miyon McFarland ages 17 and 12 whom we lost during the summer of 2016 on the day of my oldest sons birthday, Its called Hello Again bc I feel as though I'm re introducing myself to life all over again while I try to create a new normal for me to get thorough life again after apart of me have been ripped away, This blog was also created to help mothers or parents deal with such a devastating lost all while Im yet healing myself, its also for mothers and parents who have loss children through terminal illness, accidents, miscarriages, still births, adoption and abortion out of ignorance or bc you thought it was right at the time! Its another virtual living room where I want you all to feel free in expressing yourselves all while feeling you are sitting one on one with me, and you and I are getting thorough this horrific pain together on our new journey getting through life.